Goldfinch Entertainment represents the gold standard in entertainment and media investment. As Executive Producers on all projects, Goldfinch structure each in a bespoke manner, selecting only the most commercially appealing with the best returns following strict due diligence for individuals looking for EIS & SEIS investment opportunities.

Goldfinch Entertainment was founded in 2014 by managing director Kirsty Bell, who is both a Chartered Tax Advisor and Film Producer herself, this combined expertise has seen her focus on the structuring of film companies and their finance raises, including SEIS and EIS, together with advising active partnerships and sole traders in the creative industries since 1996 – a period in which she has raised over £200m for the industry.

The team at Goldfinch Entertainment have formidable experience across a range of industries. They span finance, tax, legal and business affairs, sales and distribution, producing, directing, marketing, strategy and have over 60+ years between them within the sector.

Intelligent structuring of EIS products is at the heart of the Goldfinch approach and this means that clients investments are the last piece of finance into projects and the first out in the recoupment waterfall. Additionally, on the Goldfinch EIS products supplied via Kuber, the invested amounts are underpinned against the future sales expectations of films through legitimate sales agent agreements. This means that once an investor’s maximum tax reliefs are taken into account their risk exposure can be extensively mitigated.

The case for Entertainment:

The key strategic considerations which underpin the Goldfinch approach are:

The Goldfinch EIS Fund and its innovative structuring offers 70% downside protection for investors and puts them ahead of other funding in the recoupment of profits. This comes from negotiation and in the form of Government Tax Credits, Unsold Territories, Presale Agreements and Minimum Guarantees. With a targeted return of £1.25 excluding tax relief this offers investors an intelligent and potentially profitable way to invest in Film & TV productions.

The Goldfinch SEIS Fund looks to spread investors risk across a number of qualifying investment opportunities in the UK’s entertainment industry. This is split 1/3 Film, 1/3 TV and 1/3 Video Games. Each underlying SEIS company must have passed Goldfinch’s due diligence process with a clear route to market and recoupment in place for investors to achieve the mean targeted return of £1.25 excluding tax relief.

Goldfinch are currently exiting the first set of:

Projects past and present 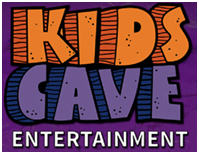 The producer and animator approached Goldfinch with a slate of potential kids’ animation for TV, which, when initially reviewed, was turned down as Goldfinch require projects to be relatively well developed to reduce the risk when investing and to enable the investors to see where the onward sale lies. The client returned with a revised slate which included a highly developed IP called ‘Robozuna’ which already had substantial interest from 3 TV commissioning bodies. The caliber of the team and project ensured it was a commercial proposition.

A commission from two major broadcasters was secured in December 2016.

Le Mans : Racing is Everything

The 24 Hours of Le Mans is a motor race like no other. Taking place in France each year, it is an endurance test for drivers and cars that literally takes 24 hours to complete. Travelling from Kuala Lumpur to the Côte D'Azur, shot in breathtaking 4K and with unprecedented access to six of the teams competing for glory, Le Mans: Racing is Everything is motorsport as you've never seen it before.

Le Mans 3D is an epic ground-breaking cinema documentary from the talented team at New Black Films. New Black Films is one of the world’s premium sports theatrical producers and has extensive experience in bringing sporting stories to the big screen.

The project, which was originally shot as a film, was sold to Amazon for them to re-cut it in to a TV series and badge it as an ‘Original’ on their Prime platform. It also received a theatrical release through VUE cinemas.

Focusing on eventual winners Porsche and including Formula One legend Mark Webber, the Rebellion team headed by Nico Prost (son of F1 great Alain Prost) and maverick rookies Nissan, with their PlayStation trained driver, the film unpicks the drama and psychology behind the race, as well as the spectacle of motor racing on a scale never seen before – it pushed the envelope of what is possible in both documentary and 3-D.

Helmed by award-winning director James Erskine (Building Jerusalem, One Night in Turin) and produced by Victoria Gregory (Senna, Man on Wire), it is executive produced by Alex Holmes (House of Saddam, Lance 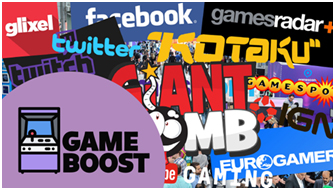 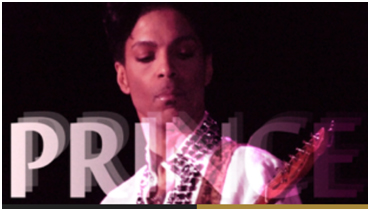 Prince: The Artist Formerly Known As

Development and production of a feature documentary called ‘Prince – The Artist Formerly Known As’ about the popular icon Prince.

If you are interested in further information about these funds and future opportunities, please contact us on info@kuberventures.com or +44 (0) 20 7952 6685’