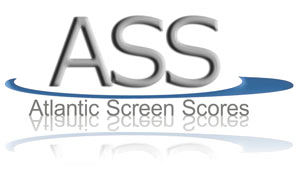 Atlantic Screen Scores Limited has been established for the purposes of creating and exploiting intellectual property in the form of original music composed for major internationally released films and television productions. Atlantic Screen Scores works with producers to create original music for film and television by contracting with established international composers to create these music compositions.

Atlantic Screen Scores will mainly invest in bigger budget Hollywood films and TV network driven TV series, where the income streams are easier to predict and the asset values of the library of scores that the company will build up will have greater value.

Atlantic Screen Music management have 50 years+ experience in the field of investment and administration in music royalty copyrights. It brings together a team of professionals from both film finance and music copyright exploitation. It’s this unique combination of skill bases that allows the team to effectively evaluate the investment opportunities in this specialised area of music investment.

The key believe is that the market for film and TV music exploitation will continue to grow as demand for home entertainment grows, whilst at the same time markets continue to grow in developing countries around the world. A key earner for the company is cinema and year on year the global box office continues to grow.

Selection of films invested in to date in Atlantic Screen Scores

Synopsis: In 1925, the legendary British explorer Percy Fawcett ventured into the Amazon jungle in search of a fabled civilization. He never returned.

Directed By: James Gray (The Immigrant).

Synopsis: The Zookeeper's Wife tells the account of keepers of the Warsaw Zoo, Jan and Antonina Zabinski, who helped save hundreds of people and animals during the Nazi invasion.

Synopsis: tells the story of Mark Felt, an FBI agent, who under the alias of ‘Deep Throat’ helped journalists Bob Woodward and Carl Bernstein uncover the Watergate scandal in 1974.

For details of other films invested in please click here.

If you are interested in further information about Atlantic Screen Scores, please contact us on info@kuberventures.com or +44 (0) 20 7952 6685